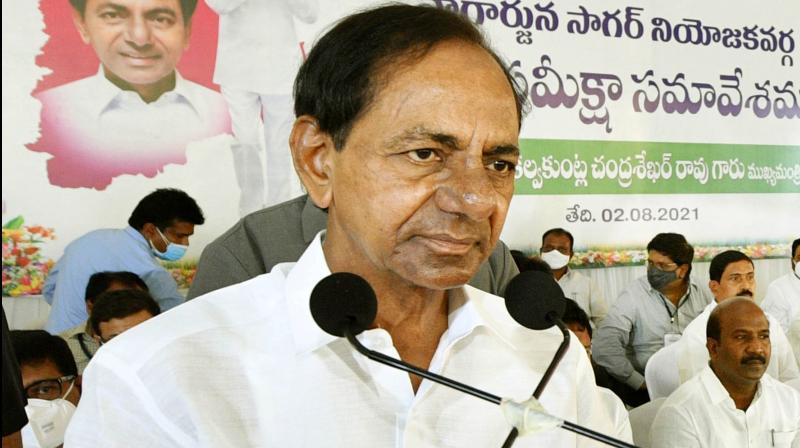 Hyderabad: In order to mobilize Rs 7,000 crore for the Rythu Bandhu program for the rabi season, the release of funds for all other social assistance programs in Telangana, as well as the clearance of pending bills, has been stopped for the next two weeks.

According to official sources, instructions were given to the finance department to organize the money for Rythu Bandu by December 15th. It is a top priority for Chief Minister Chandrashekar Rao at a time when the state witnesses a political brawl between the ruling TRS and the opposition. games on farmers’ problems and paddy supply since the first week of November.

The CM wishes to credit the Rythu Bandhu amount to the bank accounts of nearly 65 lakhs of farmers from the second week of December for the rabi season at the rate of Rs 5,000 per acre. Its aim is to send a strong message to opposition parties as well as to farmers that the TRS is a “farmer-friendly government” and that it will not stop or delay the Rythu Bandhu despite the financial crisis in the United States. State, we learn.

As a result, the release of funds for Dalit Bandhu, Aasara pensions, Kalyana Laxmi, Shaadi Mubarak, reimbursement of expenses, scholarships, Arogyasri, etc. will be interrupted and the money diverted to the Rythu Bandhu as a priority. “The funds will be adjusted for these programs once Rythu Bandhu’s requirements are met in December,” official sources said.

The Ministry of Finance had previously been asked to raise 3,500 crore rupees to expand the Dalit Bandhu program to all 119 Assembly constituencies, covering 100 families from each constituency by March 2022.

Dalit Bandhu is currently only implemented in Huzurabad constituency and CM adopted village Vasalamarri in Bhongir district on a pilot basis at a cost of over Rs 2,000 crore.

Dalit Bandhu was temporarily interrupted by the electoral commission during the Huzurabad poll, citing the polling code. Although the CM promised to resume the program from November 4 after the release of the secondary poll results, this did not happen due to the subsequent release of the MLC poll notifications by the EC. The MLC survey code will expire on December 16.

In addition, works execution invoices of over Rs 10,000 crore submitted by contractors remain unpaid in irrigation, roads and buildings, panchayat raj and city administration departments. Clearance of all these bills will now have to wait longer, and it could begin once the demands of the Rythu Bandhu Fund are met.