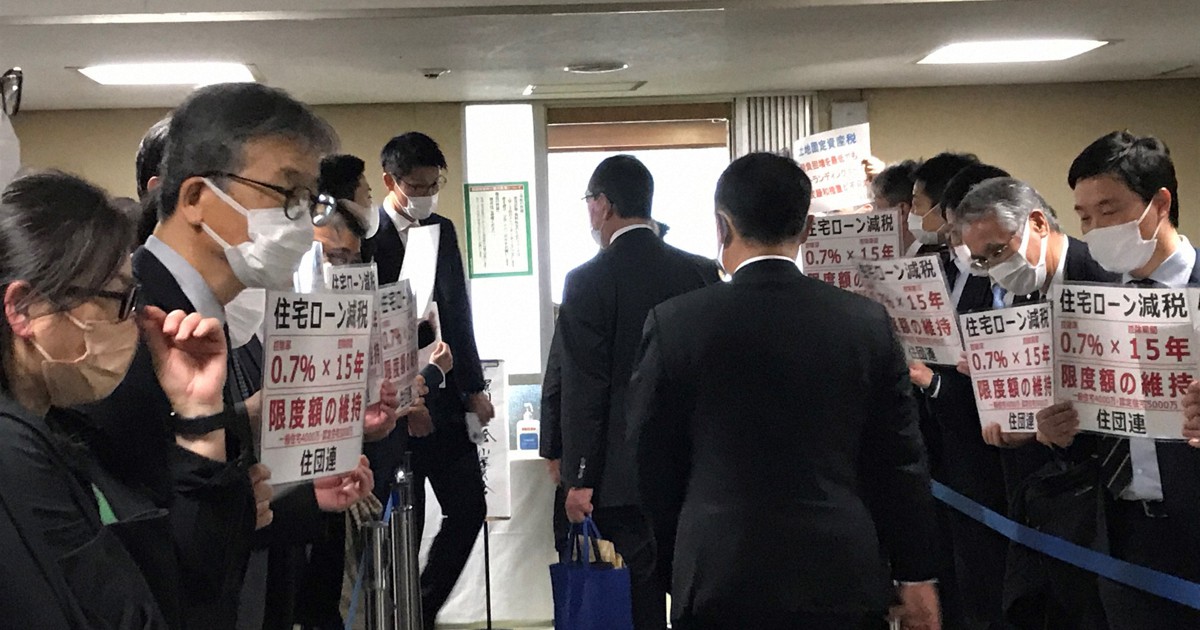 TOKYO — For people in Japan seeking home loans, the mortgage tax relief system has become indispensable. While the scale of the tax cuts under the fiscal year 2022 tax reviews should indeed be maintained, it appears that the level of the cuts has become a constant. But many are expressing doubts about the effectiveness and fairness of the policy.

“As housing policy, is it appropriate to focus on new housing and promote home ownership? The question needs to be debated, including on topics like this,” said the 30 November 2021 a senior official in the Ministry of Finance responsible for the design of the tax system.

Then the debate over tax revisions was in full swing and a meeting of a small committee reporting to the ruling Liberal Democratic Party (LDP) Tax System Research Commission was held at LDP headquarters. The atmosphere of the meeting was very irregular; Figures from the housing sector calling for maintaining and extending the scale of tax relief had flocked to party headquarters and were crowded outside the conference room.

All of this has happened as the tax relief system has become increasingly anachronistic and unable to cope with societal changes, including depopulation and changes in family composition.

Buying a home is often considered the biggest purchase of a lifetime. Japan’s first system of tax breaks to support the purchase of a home was created in 1972, when members of the baby boomer generation got married and started their own families. The tax relief system then consisted of deducting part of the funds necessary for the purchase of a home from its contributions to income tax. Annual mortgage payments and unpaid mortgage payments at the end of the year were deducted from income tax contributions in 1978 and 1986, respectively.

Under the current system, 1% of year-end outstanding mortgage payments are deducted from income tax and resident tax over a decade. From the 2022 financial year, the deduction rate will be lowered to 0.7%, but the deduction period for a new home will generally be increased to 13 years.

According to calculations by the Ministry of Finance, changes to the system, such as longer deduction periods, will cost the government an average of 2 billion yen (about $17.4 million) more each year. The ministry appears to be debating whether to pursue large-scale tax cuts to support homebuyers amid financial deterioration in Japan.

Economic strains have become increasingly apparent in recent years as the country fails to cope with falling birth rates and a growing proportion of elderly people.

The main target of mortgage tax breaks – families consisting of a couple and their children – accounted for 40% of tax break recipients in 1985. By 2020, that figure had fallen to around 25%. The main cohort of home buyers, mainly the younger generations, is also shrinking.

In other words, the quantities of vacant dwellings increase significantly. In the current situation of rising vacancy rates, some wonder if further mortgage tax relief and promotion of housing construction is needed.

Kazumasa Oguro, a professor of public economics at Hosei University’s Faculty of Economics, discussed the system from the perspective of a sense of injustice. “The Mortgage Tax Relief Scheme is a mechanism in which the tax burden of middle to upper income people who are able to purchase a home is covered by the tax contributions of other people, including people with low income. Can this be called fair? he said.

The benefits of the mortgage tax relief system are limited to middle-to-high income people who can take out mortgages to buy homes. The fact is that many low earners are completely left behind.

In other countries in similar situations, movements to abolish mortgage tax relief systems are multiplying. According to Oguro, the UK, Germany and France have stopped using the system, and there is a growing trend towards more balanced support systems using the funds to help people below a certain bracket. income to buy houses.

Politics and industry groups stand in the way of facilitating reform in Japan. During the debate over the fiscal year 2022 tax review, senior officials from the LDP’s tax research committee and the Ministry of Finance expressed enthusiasm for the idea of ​​reducing the system. But objections erupted as the debate heated up in the ruling parties, leaving the commission and the ministry no choice but to change course.

The objections stemmed in part from the LDP’s ulterior motive to gain the support of younger generations. The election for the House of Councilors will take place this summer. A mid-ranking LDP MP said: “Housing industry groups have extremely strong political influence.

Will this system be reinvented into one that truly foresees the future and is for the people? The decision-making capacities of politicians are put to the test.

Are you worried about empty grocery store shelves? Emergency food is discounted and widely available

Is Loandepot Inc (LDI) a smart choice when it comes to Monday mortgage financing?